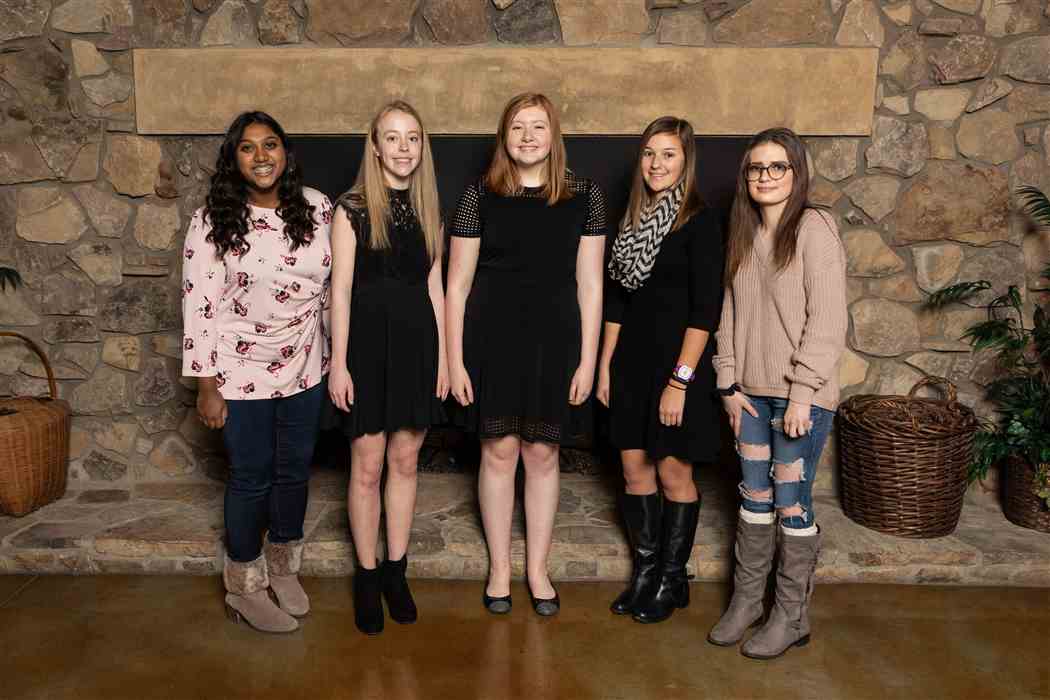 Winner Madison Wilson and runner-up Sydney Smith were among 170 entrants in the contest, which included three other finalists and 10 honorable mentions. Eastman Chemical Company sponsored the event, with the five finalists reading their essays at the Eastman Lodge near Bays Mountain Park. The contest was open to high school students from Northeast Tennessee and Southwest Virginia.

She received a $1,000 cash prize and will present her essay at 7:30 p.m. on Feb. 15 at the free Symphony of the Mountains Black History Month event, “Our Voices Rise Together,” at Eastman’s Toy F. Reid Employee Center.

More than 200 attended the luncheon event, which also recognized African Americans with 31 to 35 years of service to Eastman and the retirement of Cari Parker, a vice president and leader of efforts to attract more black employees to the company.

“I wasn’t expecting it because I thought everyone’s essays were good and the way they presented,” Wilson said, adding that she plans to seek a degree in either writing or psychology at Middle Tennessee State University or the University of Tennessee.