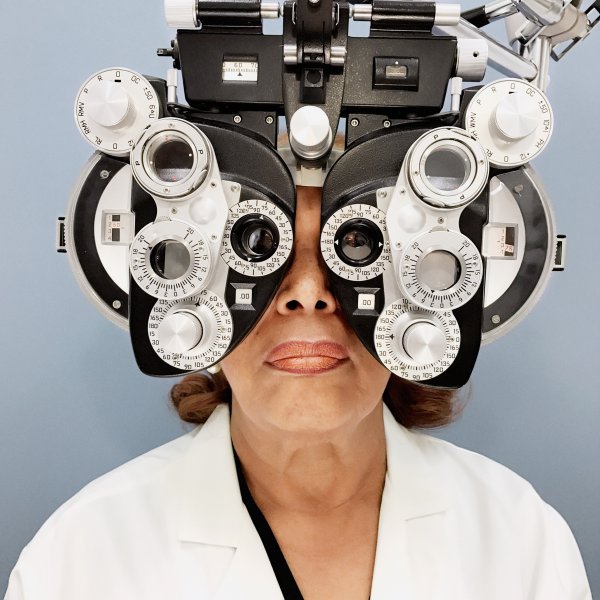 ”‘I wasn’t seeking to be first. I was just doing my thing, and I wanted to serve humanity.’

Sometimes even now when I’m told I was a “first,” it comes as a surprise, because it’s only through history that you understand that kind of thing. I didn’t realize when I joined UCLA in 1974 that I was the first woman in the ophthalmology department. I simply wanted to be part of a great team at an incredible facility. I wasn’t seeking to be first. I was just doing my thing, and I wanted to serve humanity along the way—to give the gift of sight.

I was always a curious child. I was given a chemistry set with a microscope, and I wanted to pretend-play and model myself after scientists. When we would play nurse and doctor, I didn’t want to be forced to play the role of the nurse. I wanted to be the one with the stethoscope, the one who gave the injections, the one in charge. I have to thank my parents for having a gender-open household, for not setting limits.

I was in college between 1960 and 1964, so I did my marching, I did my protesting. When I was offered an office that was not equivalent to that of my male colleagues, I could have marched. But I felt it was more important to focus on the prize. One rainy, cold, lonely night in the lab, we had a donor eye. The laser was finely tuned, the optical fiber was in position and … Eureka! I knew that I had made a scientific breakthrough in removing cataracts.

I went to a prominent institute in Orange County and explained to the director what I had achieved. He said, “That’s impossible. People have been trying to do that for years.” He didn’t believe me. A month or so later, after my patent had been granted and I published the findings, he was shocked. He wouldn’t look me in the face.

In science, the evidence is the truth. I knew that my work would win the argument. And it did.