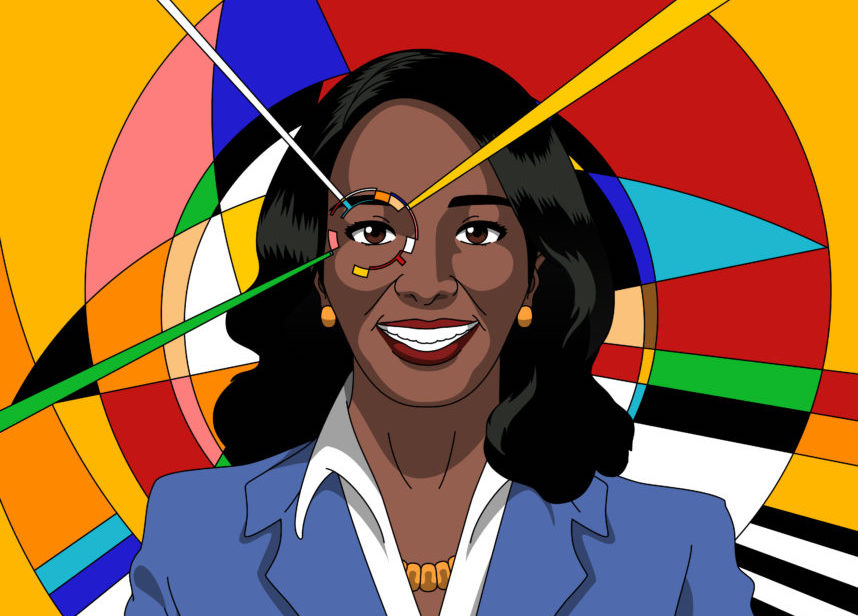 Written by Keisha Bell
Posted on The Weekly Challenger, Mar 26, 2020.

How is your vision?

Meet Patricia Era Bath, an inventor and a doctor who specialized in the medical and surgical care of eyes (ophthalmologist). Bath was born on November 4, 1942, in New York City and died on May 30, 2019, in San Francisco. Bath had foresight and was an early pioneer of laser cataract surgery.

While a student at Charles Evans Hughes High School, teachers encouraged Bath to pursue research. This, combined with being inspired by medical missionary Albert Schweitzer, led her to apply to and win a National Science Foundation Scholarship as a high school student.  Bath’s talent in research could not be denied, and opportunities continued to come to her.

As a result of the scholarship, Bath provided research to a project at Yeshiva University and Harlem Hospital Center, of which she studied the connections between cancer, nutrition, and stress. Her findings were published in a scientific paper. Also, they were recognized by Mademoiselle magazine in 1960. That year, Bath won the magazine’s Merit Award.

As a teenager, Bath’s academic work was turning heads, but she was only beginning to leave her mark on the world. In 1964, Bath earned a Bachelor of Arts degree in chemistry from Hunter College.

In 1968, she graduated with honors from Howard University College of Medicine. While at Howard, Bath co-founded the Student National Medical Association. In 1965, she became its first woman president. Bath would go on to make more history.

After graduating from Howard University, she returned to her Harlem community. It was when she interned at Harlem Hospital Center that she observed large proportions of blind patients there in comparison to patients at the Columbia University Eye Clinic.

Bath began to collect data on blindness and visual impairment at Harlem Hospital. At that time, Harlem Hospital did not have any ophthalmologists on staff. Because of her data and influence, she was able to convince professors from Columbia University to operate on blind patients for free at Harlem Hospital Center.

November 1969, Bath was on the Columbia team that performed the first eye surgery at Harlem Hospital.

Her passion and talent were recognized with several honors and awards. She also had a long list of “firsts.” From 1970 until 1973, Bath made history by becoming the first African American to serve her residency in ophthalmology at New York University.

Bath was the first African-American woman doctor to receive a patent for a medical purpose. In total, Bath is the holder of five patents and founded the non-profit American Institute for the Prevention of Blindness.

Her commitment to the advancement of improving the vision of people took her research pursuits to centers of excellence in France, England, and Germany. She served as a visiting professor at the Rothchild Eye Institute of Paris, the Loughborough Institute of Technology (England) and the University of Free Berlin and the laser medical center (Germany).

Have you ever wondered how a teacher’s encouragement can affect the direction of a child’s life? For Bath, it led to the improvement of eyesight for countless others. It played a critical role, which led to her visionary research.